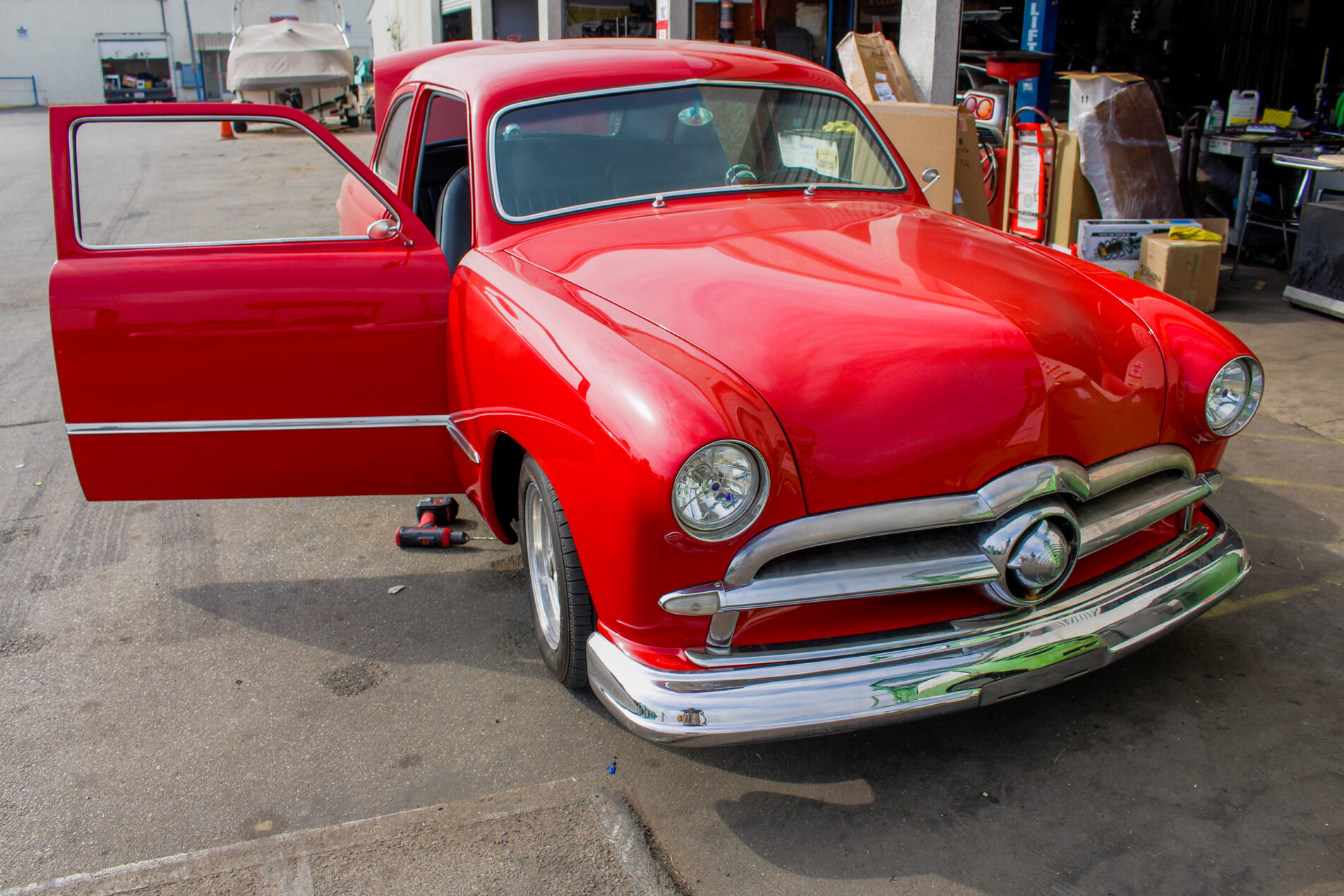 We’re working out some kinks with the cooling system in this beautiful 1949 Ford. Fun Fact – the 1949 Ford was the first all-new automobile design introduced by the Big Three after World War II, with civilian production having been suspended during the war, and the 1946-1948 models from Ford, GM, and Chrysler being updates of their pre-war models 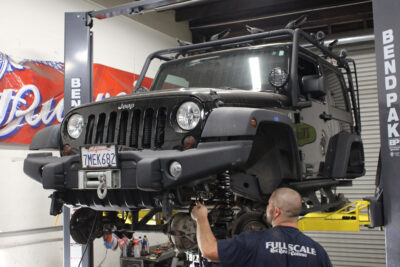 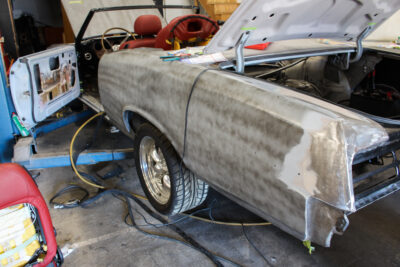 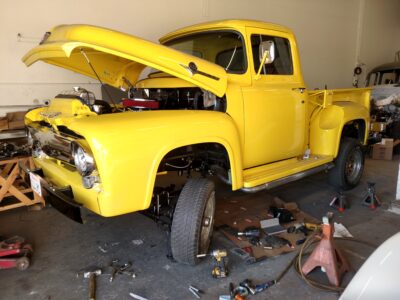